Ares Garage: AlloyWorks Has Been A Complete Game-Changer For Me!

AlloyWorks has been a complete game-changer for me. Not only because of their product, but because of how the company has gone out of their way to support me. I reached out to AlloyWorks about their radiators and within a day, my radiator was on its way to me. Within 5 days, the radiator was on my front porch. They were almost more excited than me!

Once I had the radiator in my hands, I knew it was going to be a game-changer. I installed the radiator and electric fan setup in my 1977 Chevrolet Nova, so it was more than a stock replacement, it was a complete upgrade. I was initially worried about fitment, so with my engine out, I test fitted the radiator. It is much bigger than my stock radiator, but it fit like a glove. Not having to worry about a huge spinning metal fan blade in my engine bay alone was a huge relief. The biggest relief of all was that I no longer had to worry about my engine overheating. I had engine-swapped my Nova, so the stock radiator and fan set up was barely enough to keep it cool. AlloyWorks radiator not only held more coolant, but it helped keep it cooler. I went from 210-degree temperatures to 190-200 degree temperatures. 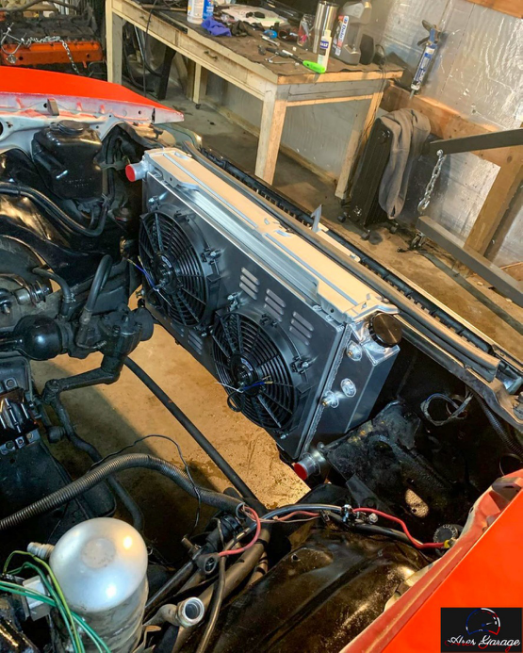 The relay and temperature sensor also helps prevent heat soaking. The sensor tells the fans to kick on between 190-200 degrees and they don’t turn off until it senses 165-175 degrees. This means that even if the engine is turned off, the fans are still on and cooling down the engine. This modernized my car completely, as this is something that just about every modern car has. As someone who is running a carbureted engine, heat soak was my biggest enemy, but not any longer.

As for how well the radiator and fan set keeps the engine cool, I think my days of tuning are a perfect example of this. As I stated above, I did an engine swap on my Nova. This means that I had a lot of time to invest in tuning. This requires the car to be idling for long periods of time without the fresh moving air it would receive going down the road. I tuned my car in my garage, so it had nothing but stale air for long periods of time. It’d be too simple to say it kept my engine cool while going down the road, because those are easier conditions on a radiator. I would be lying if I said I wasn’t nervous about it overheating. Everyone knows that an old car idling in a single spot, whether it’s traffic or a garage, almost always results in overheating. I am so glad to say that this radiator was my solution for that classic issue. My engine didn’t overheat in the slightest bit while tuning. I am talking about idling for 20-30 minutes without moving for multiple sessions and not a single time did the temperatures get above 200 degrees. The fact that it was able to keep my engine at steady temperatures during tuning is one of the best compliments I can give to any radiator set up. 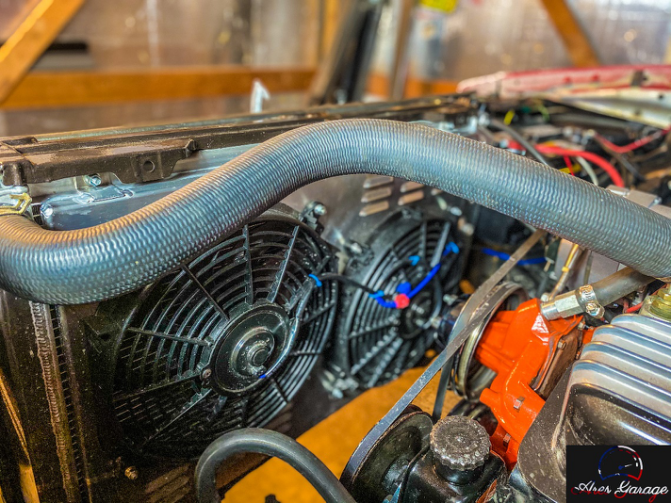